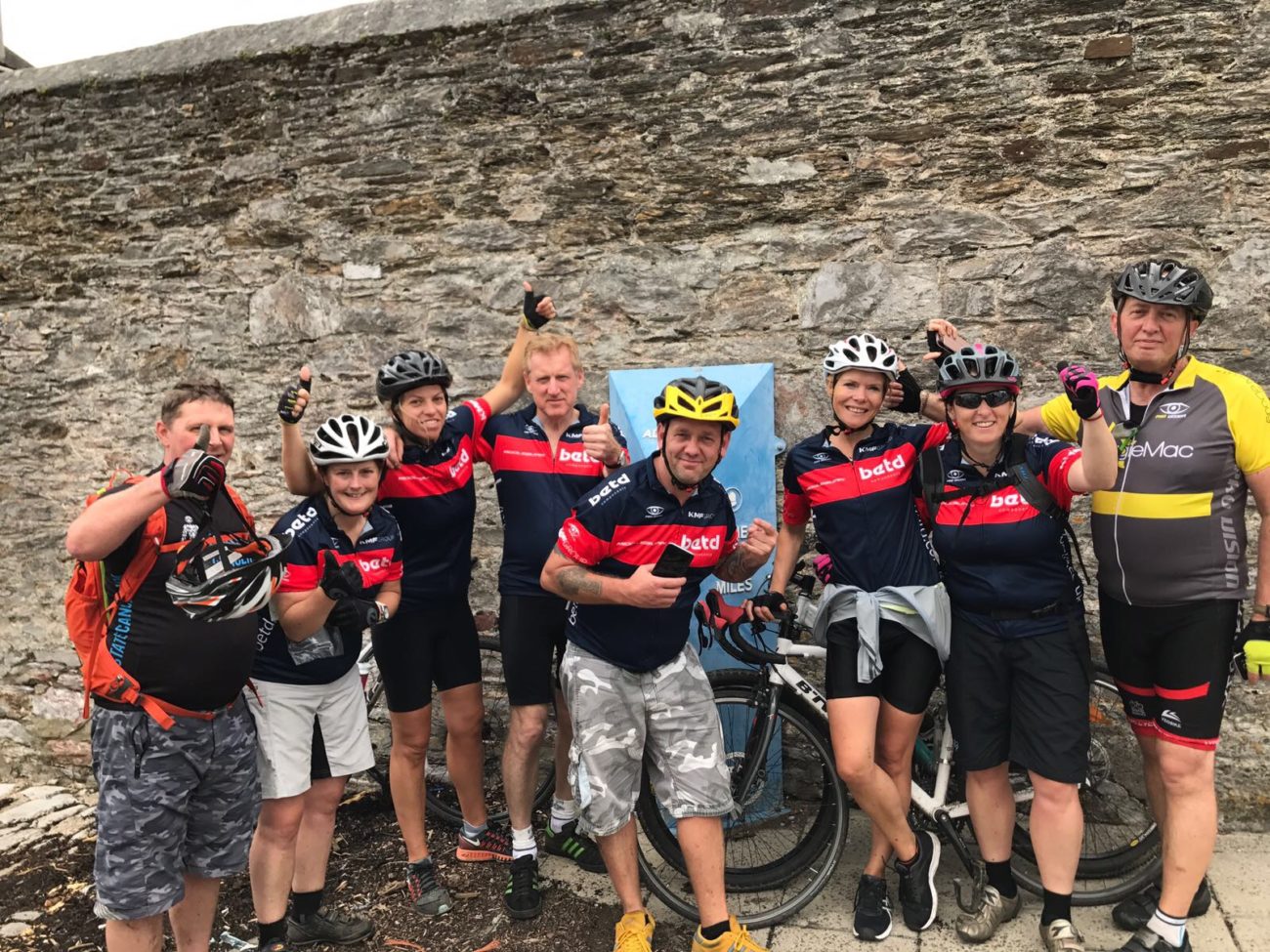 From the 14th to 16th July our hanger extraordinaire Kate took part in a charity bike ride alongside several other KMF employees! The purpose was to raise money for Douglas Macmillan and this blog is going to focus on what we managed to achieve.

The Route
The people participating in the bike ride travelled 105 miles over a two-day period starting in Ilfracombe and finishing off in Plymouth. The ride is fantastic for scenery despite the dampened conditions we dealt with, some of the places our riders came across were the National Park just beyond Okehampton, the stunning Tors of Dartmoor and the Plymouth sea front to name a few!

Team KMF
Eight people in total represented KMF including Kate. Everyone involved was an employee or friend so our team had a brilliant time especially since they get to do a fantastic deed for charity! Everyone rode the course on either a Mountain bike or a Hybrid bike.

The Goal
Anyone that has come across the Douglas Macmillan charity knows how truly wonderful they are, the work they do is fantastic and we want to do our part no matter how small or large to help this special charity. We were tasked with raising a minimum of £300 for the charity and were excited to smash it out of the park and we did just that! We raised a total of approximately £1200 of which every penny will go straight to Douglas Macmillan and we couldn’t be prouder.

A Final Word
So, 105 eventful miles later including bumps tumbles and even an actual blowout we have raised a total that we are immensely proud of and urge you to get involved with doing some charity work for Douglas Macmillan or whoever you may choose. We can assure you it is incredibly fulfilling!